In the past few years, rumors of excellent cast iron seasons using flaxseed oil have caught our ears, and we were anxious to try it out.

If you have not yet tried to totally strip and re-season a piece of cast iron, please consider the process…and check out this other post to provide some context about the process, benefits, and why one may consider stripping the existing seasoning.

If you’re just interested in seasoning or re-seasoning your cast iron and you don’t have any flaxseed oil handy, check out the post using any old oil you have around.

What the heck is a flax?

Great question. Flax is a flowering plant (the blooms are blue) that grows in the cooler part of the Northwestern United States and Western Canada. Flaxseed oil contains a high percentage of omega-3 fatty acids – we’re talking 8 grams per tablespoon.

I know you won’t get all that tasty omega-3 fatty acid from seasoning your cast iron but you can use the rest as a dietary supplement. These are the same heart-healthy fatty acids promoted by cardiologists and dietitians found in fish and nuts (and flax seed).

Interestingly, these same fatty acids apparently provide an extremely tough and slick seasoning layer when they polymerize to form the seasoning layer on the surface of cast iron. I normally put a little flaxseed oil in my smoothies (~1 tablespoon in 20 oz) and the oil has a mild nutty flavor and when it is mixed in a smoothie, it works well with bananas and soy milk.

The upshot of this is that you can find flaxseed oil pretty easily in the health-food section of your local megamart. The downside is that flaxseed oil has a distinct “fishy” smell to it due to the presence of these omega-3 fats.

No worries, once polymerized by the heat, the oil will form a smooth, non-reactive surface and the fishy smell will disappear. “How fishy?” you may be asking yourself.

It’s pretty darn fishy, so prepare your significant other accordingly. You might consider doing this on the grill if you have a command of temperature control or you have some hot coals smoldering from grilling some meat.

How to Season Cast Iron With Flaxseed Oil 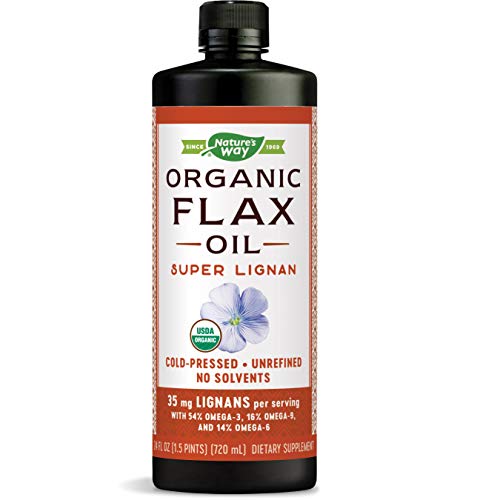 This is our favorite flaxseed oil to use to season cast iron!

There are many guides on how to season cast iron cookware. Below is the method we chose to use here, taken from a Cook’s Illustrated article on this subject:

As you can see, there’s not much to it, but unfortunately, a lot of waiting around is involved. Luckily, after the first coat is applied, the danger of rust is past and you can apply the other coats over a few days.

If you can only afford the time to apply just one coating, well, that’s good too. Just start cooking on the cookware and you’ll be well on your way to having some very nicely seasoned cast iron cookware. The more you use it, the better!

The resulting flaxseed seasoning probably won’t be any more slick than another, but the hype is that it’s much tougher than other seasonings.

Image: Photo by Milan from Pexels