So you’ve done the research, you looked at the pros and cons of all the cooking materials and surfaces that you can choose from, and you’ve decided that cast iron is the best fit for you. Want to find out why?

But what do you do now? Surely you can’t just continue cooking the same boring dishes you’ve been making all these years. What would be the point of investing that kind of money if you aren’t going to utilize it properly?

To help you with your transition to cast iron, I’ve decided to put together a couple of my favorite dishes that you should be making with your new cookware. These aren’t your ordinary dishes that your family has grown accustomed to over the years. These are dishes that utilize all the properties and unique complexities of cast iron cookware that drove you to it in the first place.

Before we get started on the dishes that this cookware excels in, there a few things that you should do with the pan before cooking with it.

What to do first with your new cast iron pan?

Most cast iron skillets and pans come pre-seasoned, but often that seasoning isn’t enough. Before you even attempt to cook with your new equipment you should give it an extra coat or two of oil.

When you first get your cast iron pan you should rub non-saturated fat oil (corn, vegetable, or canola) on the inside and outside, being careful not to put too much coating on it. Next, place the pan in your oven a 450 degrees for about 30 minutes (you should repeat the cycle about 3 times). Once you have pre-seasoned your pan, you shouldn’t have to season it anymore.

Pro tip: putting the oiled pan in the oven WILL cause quite a bit of smoke. This is normal, so there’s no need to panic, just turn the exhaust fan on and open the windows.

Now, for the sake of keeping this article from going on forever, we’re going to assume that you already know how to prep each meal – typically you’ll season to taste anyway – and get straight to the meat and potatoes of it. And yes, that was intentional.

So let’s get into the best foods to cook in our new cast iron cookware.

Typically, we think of steaks as a food meant for grilling and best cooked over an open flame, but this recipe will bring your steak to a whole new level if appropriately followed.

Once you’ve got your steak seasoned the way you like it, the pan and the oil (one with a high flash point) is nice and hot, throw the steak on the skillet at high heat. Let it sit for a good minute and a half or so until you notice it start to smoke (it isn’t burning, it’s searing). Be sure not to flip it until it is fully seared, otherwise, your steak will begin to rip apart. You’ll know it’s ready when the meat no longer sticks to the pan. Do this for the other side as well.

Once you’ve got both sides seared, throw some butter in the pan (be generous) and let it melt spooning the butter over the steak giving it an extra crispy crust. Continue this until your food is done (115 degrees for rare, and 130 – 135 degrees for medium).

Let it rest for 5 minutes. Patience is crucial here if you cut into your steak too soon, all the juices will run out, and you’ll be left with a massive chunk of beef jerky.

Pro tip: before seasoning your steak, make sure you pat it completely dry with a paper towel. Skipping this step results in the steak steaming rather than searing.

This is a dish we typically like to prepare with stainless steel cookware, but somehow cast iron (or enameled cast iron) adds an entirely different flavor to the chicken, making this a perfect change of pace for your chicken dinners.

Once again, heat up the pan, then the oil before you place your chicken in the skillet.

Season the chicken to your liking, and place in your skillet over medium-high heat. Place the chicken on the stove top for roughly 2 minutes on each side. Once you have seared both sides, transfer your pan to the oven.

Have the oven already heated to 450 degrees and cook the chicken for an additional 10 minutes. Once your chicken is finished, let it rest 5 minutes, for the same reason we allow the steak to rest.

Pro tip: I like to add some fresh limes and lemons to the chicken before and after cooking it to give a hint of zest to it.

These are just 2 simple recipes for making great use of your new cast iron cookware, but when you’re just starting out, you shouldn’t be bombarded with a bunch of recipes to try. Learn how to make these 2 dishes to perfection before you move onto something else.

Once you’ve mastered these basics, you’ll probably find your own spin to put on them. The better you get with them, the more unique you’ll be able to make your dishes.

Find a few of the best cast iron skillets to make these dishes here: 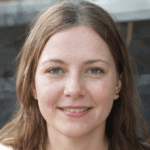