Looking for substitutes for Gouda? Your hunt has come to an end!

Whether there’s a recipe that calls for Gouda cheese or you’re trying to get into the cheese world, we have some great alternatives for you. Originating from the Netherlands, Gouda is a cow’s milk cheese with a creamy, buttery texture and a mild, milky flavor.

In this article, we’ve mentioned 11 Gouda cheese substitutes and how each is different from the cheese in question. We’ve discussed their texture, color, smell, and even taste and compared them to Gouda.

You’ll get to know how they are different in terms of nutrition and which recipes are suitable for these substitutes. There’s also a recipe included if you prefer to make your cheese at home!

Originating from the Vosges in France, Munster is a perfect substitute for Gouda because both have similar flavors. Their pungent aroma and nutty and sweet notes intensify with age.

Both types have an orange rind that forms due to the addition of annatto in the milk. Annatto is a condiment with a pepper-nutmeg flavor.

Unlike Gouda, Munster is more affordable and easier to find, and most people already have it in their pantry.

You can use it as a pizza topping or in sandwiches. If you’re serving this as a table cheese, you can pair it with wine.

However, Munster has more calories than Gouda. This cheese may not be the best substitute if you’re on a diet.

You can see their total nutritional values here.

Originating in Monterey, California, this cheese is also known as “The true American Cheese.” Monterey Jack is popular in the US, but people from other parts of the world enjoy it the same.

You’ll get it at an affordable price, plus it’s more buttery than Gouda, so you can take your meals to the next level! It has a semi-hard, dense texture with a mild nutty taste similar to Gouda, making it a good substitute.

You can pair it with wine, crackers, and sandwiches or serve this as a table cheese alongside grapes and walnuts. Since this can quickly melt into doughs, you can also make crispy, cheesy biscuits.

A more aged version of Monterey Jack is known as Dry Jack cheese. This is aged 6 to 12 months, and the result is a sturdy cheese with a nutty, salty, caramelized flavor.

The long aging process makes the color go from creamy white to yellow-brown. You can opt for this aged version if you’re looking for something tangier.

Nutrition-wise, Gouda is higher in Vitamin B, Zinc, and Phosphorus. At the same time, Monterey Jack is higher in Iron and lower in Sodium.

If you’re looking for a keto-friendly alternative, here’s a nutrition guide comparing both kinds of cheese!

Cheddar was initially made in England but became available in other areas with time.

Just like Munster, this cheese comes from cow’s milk and has annatto added to it to give it a yellow-orange color. That’s what distinguishes yellow Cheddar from white Cheddar.

Cheddar and Gouda have little but noticeable differences in taste. That’s because both are produced from cow’s milk but with different methods.

Cheddar has a strong milky and creamy flavor that intensifies with age. The hints of hazelnut are somewhat similar to the nutty taste of Gouda.

You’ll find that it has a dry, crumbly texture that’s great for melting. Cheddar is mostly used on top of nachos, pizzas, and pasta. However, nothing beats a good cheddar cheeseburger!

The calorie content of Cheddar is higher than Gouda, but Gouda is higher in carbs and protein.

Gruyere is the most famous Swiss cheese that gets its name from a town in Switzerland.

A unique fact about it is that only the cheese made in a special area can be given this name. So, even if the milk and the making/aging processes are the same, it comes down to the district where the cheese was made.

It has a soft, smooth texture and a mild, buttery flavor with some nuttiness. This cheese is usually used to flavor up French dishes.

Gruyere and Gouda have similar qualities, and it’s difficult to tell them apart. The main difference comes from their flavors.

While Gouda is nutty and slightly sweet, Gruyere is on the saltier, bitter side.

It also has a nutty aftertaste that stands out and lasts longer than Gouda’s. This substitute has a firm texture, unlike Gouda, that melt’s easily and is better for pizzas and burgers.

You can use Gruyere in salads because its flavor stands out and should be used in a meal where you can taste it on its own without masking the flavors of other ingredients.

Overall, Gruyere is a healthier option since it contains higher amounts of Vitamin A, Vitamin D, Phosphorus, and Zinc.

Havarti cheese was created by a Danish farmer who added salt to the cheese after the washing process. Gouda, on the other hand, is usually brined after being washed.

Havarti is a semi-soft cheese with a creamy, buttery texture. Like Swiss cheese, it has tiny holes created by introducing a friendly type of bacteria to the milk.

Generally, Havarti is aged for about 3 months, but it depends on the cheesemaker. The taste gets nuttier and saltier as the aging process goes on.

You can pair Havarti with jams and fruits. It’s best to serve it on a cheeseboard alongside crackers, bread, apples, and raspberries.

If you’re pairing it with a wine, opt for a light-bodied one such as sauvignon or pinot noir.

On the downside, Havarti is more costly. It also contains more calories and fat than Gouda, whereas Gouda contains more Calcium and Sodium.

Like Gouda, Edam is a Dutch cheese and is considered by many to be the best substitute for Gouda.

It is not as firm as other cheese substitutes, making it suitable for melting on top of dishes such as pasta and pizzas. You can also use it for soups and sauces.

The significant difference between both types is their appearance. Edam is made from skimmed milk, and you get it wrapped in a waxy red or sometimes black outer layer.

Gouda is thinner and has a yellow-orange rind. You can age Edam longer than Gouda because Gouda eventually deteriorates.

Edam has less moisture and flows less when melted because it has 8% less fat content than Gouda. Gouda is on the creamier and buttery side due to the higher fat.

While Gouda is better for melting, Edam’s firm texture is suitable for sandwiches and ready-to-go snacks. On the plus side, Edam has lower calorie content and fat than Gouda and is richer in Potassium and Vitamin A.

You can use Edam in various ways. Serve it as a table cheese, pair it with wine, or put it in sandwiches or cooked dishes.

If you’re looking for a gluten-free and vegan-friendly option, this one’s for you!

Cashew cheese is made with blended cashews. Agar-Agar powder is added to the blend to allow the cheese to set.

Cashew cheese tastes salty and nutty with hints. It’s thick and spreadable like hummus, but you can’t melt it the same way as Cheddar.

It will get softened when heated, but you won’t get the consistency cheeses used as pizza toppings. However, you can still use it as a dip or sauce.

This alternative will last in the fridge for a week and in the freezer for 3 months. The shelf life is a downside, but if you’re vegan or just trying cashew cheese for a change, you’ll be glad to know it’s a healthy option with high protein, iron, potassium, and fiber.

Another gluten-free and vegan-friendly alternative is Tofu. Made from soybean, water, and coagulant, this substitute for Gouda can replace any cheese.

It is neutral in taste, making it a versatile ingredient in your recipe. Season it however you like to fit the meal.

This alternative goes best with salads and cooked dishes, so you might not find it appetizing alongside wine or on a cheeseboard. If you aren’t fond of plain Tofu, you can find flavored ones in the market.

Compared to Gouda cheese, Tofu is higher in protein and low in calories. If you’re on a calorie-controlled diet, this alternative is perfect!

Named after the city of Colby, this substitute is a mild, buttery cheese with a crumbly cheddar-like texture.

It’s popular in the US, and you can get it from anywhere. It has a yellowish-white color, unlike Gouda’s orange rind.

This washed-curd cheese is sweet from adding distilled water to the whey during the making process.

This reduces the acidity in the solution and results in a sweeter cheese. This flavor is great for substituting Gouda in Mac and cheese or sandwiches.

Sometimes Colby is mixed with Monterey cheese to create Colby-Jack. The different colors of the two kinds of cheese make a marble effect when pressed together.

This can serve as a great substitute if you’re craving something fancy. Since both of the alternatives work perfectly on their own, there’s no doubt that Colby-Jack will bring its unique touch to your meal.

Just like cashew cheese, almond cheese is vegan-friendly and gluten-free. If you can’t find it in stores near you, you can make it yourself.

Here are a few simple steps you can follow:

You can bake this before serving or spread this on bread or crackers. This is also a healthier alternative, rich in Vitamin E, protein, phosphorus, and calcium.

Almond cheese has a strong nutty flavor, unlike the milky one in dairy cheeses. So, is not only this a nutritious substitute but also a delicious addition to your cheeseboard and salads.

Pepper jack cheese is a Semi-soft cheese made from cow’s milk. It has the buttery, creamy flavors of Monterey jack cheese mixed with garlic, pepper, rosemary, and jalapeno peppers.

The extra kick of flavors makes it a great addition to any recipe. You can melt it on pizzas, nachos, and casseroles and even make sauces out of this.

It goes well in baked goods, so keep that in mind when using it the next time.

Pepper jack is high in protein and low in calcium. It helps with weight loss and boosts energy making it a healthy and tasty substitute for Gouda.

To sum up, there are many substitutes for Gouda, and you can choose the ones you want depending on the recipe you’re making. Even if you’re serving them on a cheese board, you need to select the right ones.

Our list has 2 vegan-friendly and gluten-free options that are delicious and easy to make at home. You can try a mix of these alternatives for better, unique flavors. 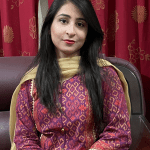 About the Author: Adeena Tariq

Adeena is a freelance content writer and cooking enthusiast from Pakistan. She is currently a business student, and when she wants a break from her studies, writing on her favorite topics and cooking yummy dishes are her favorite things to do.