Can you make buttermilk almond milk? Buttermilk is the name used for a number of different dairy drinks. Originally, it referred to the liquid that remained after the curdling process, during which milk was churned to make butter from cream.

It is commonly used in recipes for a number of different foods, including biscuits, pancakes, waffles from the waffle maker, cakes, and muffins.

The best biscuits, pancakes, waffles, cakes, and muffins that I’ve ever made ALL were made with buttermilk. The leavening is just second to none.

For vegans, it can be difficult to find a way of making these delicious treats without the use of milk as, without milk, the results are often just not as good.

You make buttermilk by churning cream. The cream is then separated into butter solids and the buttermilk. So, it is essentially the sour liquid you find when making butter. It is a fermented or cultured dairy product because the cream is typically left to sour for up to eight hours.

Traditionally, buttermilk was made by leaving milk to sit for an extended period of time in order for the cream and milk to separate. Lactic acid producing bacteria in the milk causes fermentation, making the butter churning process possible. The fat from the fermented cream has a lower pH level and condenses more easily than fresh cream. This acidity also helps to prevent potentially harmful microorganisms from developing, which in turn lengthens the shelf-life of buttermilk.

I used to make my OWN buttermilk. I got store bought buttermilk with active cultures. Then I’d mix some 2% or whole milk with some buttermilk and let it sit in a dark cupboard at room temperature. Sounds baffling!

But in about a day, you’d have super fresh buttermilk. I’m not a vegan myself, but I know most people have a family member or friend that is a vegan.

Anyway, active cultures do their thing and produce some lactic acid.

As you can see, that acidity is the key to creating buttermilk, or at least to creating the curdling process from which buttermilk is produced. That acid is what makes the baked goods really rise well.

Centuries ago, in places where milk was unavailable, almond milk was used instead. You can make your own almond milk by soaking almonds in water overnight. Once they’re sufficiently soaked, you puree the kernels with some more cold water and strain out the excess grit.

All the fats, proteins and nutrients in the kernels will be suspended in the water, leaving you with a milky looking substance. The resulting liquid can be drunk by itself, added to home-brewed espresso, or used in a multitude of recipes. 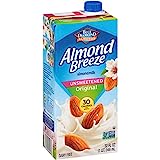 There are no, or at least very few, vegan buttermilks sold commercially. It’s still something of a niche market.

Fortunately, it can be made with relative ease and with few ingredients. Most vegans will be quite experienced in the kitchen, as vegan food can be expensive when purchased pre-made. It’s better to just learn a few simple recipes and develop your culinary skills at home.

Buttermilk is a good place to start, as it’s quite versatile.

Want to make a vegan latte? I found the best milk frothers for almond milk.

Buttermilk is what provides us with that creamy texture, and it has a very tart flavor which makes it great to use in many different recipes including dips and salad dressings. Vegans, however, need to use a buttermilk substitute in these dairy-free baking recipes but are still trying to find ways to mimic the taste.

Plant milk that has been soured with lemon juice or vinegar is an easy substitution for buttermilk for many recipes.

One cup of soy or almond milk should be used for every cup that should be buttermilk. You can then add the lemon juice or apple cider vinegar to the dairy substitute you choose and let it stand for at least ten minutes.

It then becomes a good substitute for the buttermilk. Rice milk, however, should be avoided because it can’t thicken as well as the almond milk.

Ready to make your own buttermilk with almond milk? Read on for the step by step instructions if you are looking for a vegan recipe…

How to make buttermilk with almond milk!

The best way to make some of your favorite buttermilk-based snacks is by taking the original recipe and substituting the regular buttermilk for your own homemade vegan almond buttermilk.

Let’s say your recipe instructs you to use one cup of buttermilk.

All you need to do, once you have made your vegan-friendly buttermilk, is substitute it into any recipe that uses buttermilk. Follow the instructions to make pancakes, muffins, or biscuits. Buttermilk is also a great addition to smoothies, as it imparts a smooth creaminess to them. 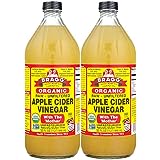 Now that you know how to make your own almond milk, as well as your own non-dairy buttermilk, try it out in refreshing smoothies, sweet and tasty biscuits, or just as a delicious, cold drink. Add it to your pre-commute coffee instead of regular milk or use it in a delicious lasagna recipe with vegan homemade noodles.

Vegan buttermilk will become one of your most used ingredients in no time, and as it’s filled with protein and nutrients, your homemade buttermilk is a very healthy alternative to the original.

What’s a vegan to do?

How Does it Benefit You?

Buttermilk is packed full of microbes that provide a lot of healthy bacteria that our gut needs. It is high in essential vitamins we need to thrive as well as potassium and calcium. It is lower in fat than actual milk because in the process to make it, most of the fat was removed.

Since pasteurization kills most of the bacteria, going to the store and purchasing some simply is not the same as making your own.

How Can You Use Buttermilk?

There are several ways you can use buttermilk. Many use it for baking; others use it to soak grains to then make biscuits and waffles, some people drink it, others make dressing. You can also give the buttermilk to your animals and use it as a beauty product. Yes. You read that right. Many people actually wash their face with buttermilk or use it in their hair as a deep conditioning treatment.

Buttermilk adds a touch of acidity to any batter you are making which also makes the baked goods very moist. The acid effectively breaks down the gluten strands which are often tough. The tart taste of buttermilk is also pleasing and can add a nice tangy flavor and bite to muffins or other baked goods you are making.

Cultured buttermilk is typically the one that is used for baking while traditional buttermilk is the leftover liquid after making butter. It is very similar to plain yogurt or even Greek yogurt.

Ever had an almond milk cappuccino? You can make your own at home with these milk steamers.

For more great vegan and vegetarian dishes and reviews, see these posts on the best ice cream maker for non-dairy ice cream. 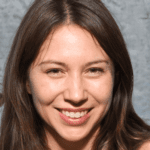 6 thoughts on “How to Make Buttermilk with Almond Milk”