Butter has been around since civilization itself. Clarified butter, or Ghee, was presented as a gift to the Hindu God Krishna for at least 3000 years, butter was used as a medicine to be swallowed for coughs and spread on aching joints, and it is mentioned as a celebratory food in the Bible.

Butters origins are still mysterious and will likely remain that way since historical records of the first batch are probably too scarce to be found. Rumor has it that the first batch was made by a nomad by accident; he was carrying a sheepskin bag of milk for a day and it probably turned creamy along the way.

Today, butter is made around the world as a spread to consume with bread, as an ingredient in many delicious recipes, and a delicacy to be eaten in many cultures. In the US, 940,000 metric tons of butter were projected to be consumed this year, nearly 8% more than were consumed last year. This is the largest amount that was consumed since 1967, and the amount is going to increase faster and faster.

You probably consume a lot of butter at your own home and freeze it, and thaw it regularly. However, you could be doing a better job of it so that it stays fresher and maintains its creamy texture. Some of you would likely be used to hacking away at frozen butter with a knife or spoon in the morning to butter your toast, but you don’t need me to tell you that there’s a better way.

Subsequently, you could be doing a better job of freezing butter after you’re done with it as well.

Here are a few tips you can follow to successfully freeze and thaw butter.

How to Thaw Butter the Right Way 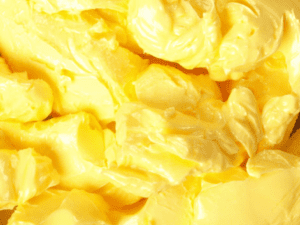 The first thing you need to remember about thawing butter is that you shouldn’t go for the microwave.

A lot of people do this since they want melted butter fast, but what this ends up doing is melting the butter in some places and leaving frozen chunks in others.

Here are 3 easy ways to thaw butter out and soften it so you can cook anything and everything you want with ease while maintaining the texture and creaminess that we all love.

How to Freeze Butter Properly at Home 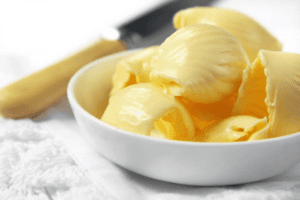 The first thing you need to understand about freezing any type of food, not just butter, is that water vapor and the intrusion of outside impurities makes the process less hygienic and longer.

If you can wrap your foodstuffs in some sort of layer and save them from intrusions, you’ll be doing them a favor.

For produce, plastic bags and polythene bags are recommended, but for butter, plastic freezer wrap, heavy-duty freezer bags, and even heavy duty aluminum foil is the best option.

Of course, you can just pop the butter into the freezer with its original wrapping as well, and if you have a container for butter, that’s even better.

You can freeze butter if it’s properly stored for up to four months or until the use by date. After that, the butter may begin to lose its taste and become moldy if you don’t take it out first. Once the butter is removed from the freezer, you can use it within 30 days to make sure that it doesn’t become infected or moldy.

If you’re cooking with butter, one of the most beloved substances on earth, you might as well prepare it the right way. Use these easy tips to store, freeze, and thaw butter out so that it stays fresh and creamy for a long time. 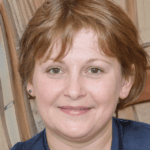 About the Author: Sophia Lawrence

Sophia describes herself as a mix between a foodie and an experimental home chef. She loves learning about new culinary technology, investing in new tools and appliances for the kitchen often. Sophia enjoys barbecuing, too, and she and her husband often travel to BBQ competitions, where, as a team, they’ve competed and sometimes won against other grilling and smoking experts. They live near Louisville, Kentucky.