One of the big cooking trends over the last few years is sous vide cooking, and it doesn’t seem to be slowing down this year, either. Whether you’re an old hand at sous vide or new to the technique, this year will have lots of innovations and new recipes. 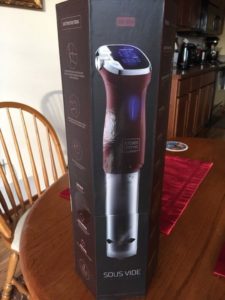 If you’re new to sous vide cooking techniques, the terminology might be confusing. Coming directly from French, “sous vide” simply means “under vacuum”. Sous vide cooking is the art of cooking food in a vacuum-sealed pouch that has been submerged in a water bath.

Sous vide techniques originated in the 1970s in France, where chefs named Bruno Goussalt and George Pralus pioneered the technique in their restaurant kitchens. Until fairly recently, sous vide cooking was the realm of high-end chefs with fancy equipment. However, over the past few years, the equipment required for sous vide has become smaller and more affordable, making it perfect for use at home.

As one of today’s top food trends, sous vide cooking techniques are making perfectly prepared meats and eggs an easy reality for many home cooks. This article will cover some of the basics of sous vide cooking and will give you some ideas for getting started using the techniques.

How does sous vide cooking work?

Like we have already established, sous vide cooking involves vacuum-sealing food in plastic packets and submerging it in a water bath. The water bath is then precisely heated to whatever temperature the cook wants.

The water bath works a lot like a bain-marie. It provides even, gentle heat to the vacuum-sealed packet. The food is then heated directly because there is almost no resistance between the heat source and the food itself. The water bath method ends up being a much more efficient way to transmit heat to food than traditional methods.

Conventional cooking methods, like baking or pan-frying, usually require that food be exposed to temperatures that are much higher than the desired internal temperature for the food. If the food is left in the oven too long or taken out too soon, it will be over or under-cooked.

So, if a steak must be cooked to an internal temperature of 145℉, it has to be exposed to a 375℉ oven or a 400℉ pan surface. These high temperatures can cause even the tenderest cuts of beef to become dried out and tough. However, using a lower temperature just means that the food takes far too long to cook and can even cause the food to be held at an unsafe temperature for far too long. And at any rate, some of the meat juices will be lost during cooking, resulting in a drier piece of meat.

Unlike conventional cooking methods, sous vide cooking allows the cook to heat the food to exactly the desired internal temperature. The food can then be held at that temperature with no risk of overcooking the food and ruining the meal.

The flip side of gentle heat and being able to hold food at its ideal cooked temperature is that cooking food sous vide can take much longer than cooking it conventionally. However, while it might take several hours to cook a cut of meat, almost all of this time is hands-off. There isn’t any risk of unattended food burning or overcooking.

How is food different when cooked sous vide? 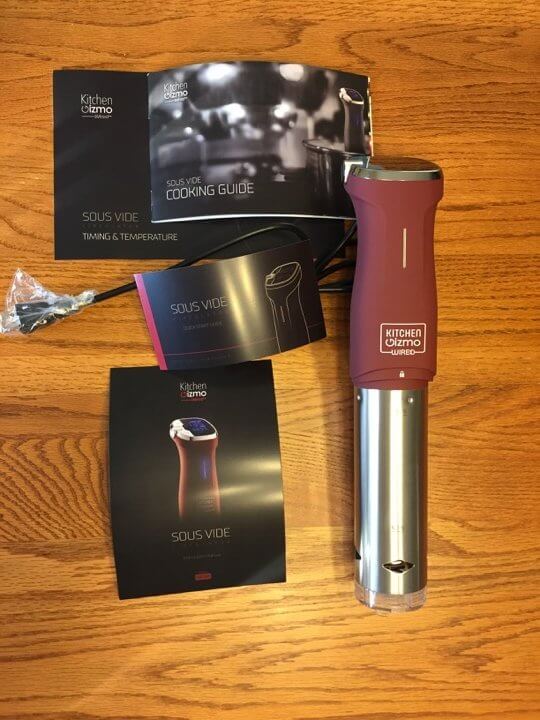 We already covered how ordinary cooking techniques differ from sous vide. But how does sous vide cooking affect the food you are making? After all, for most home cooks, flavor and texture are paramount.

Generally, meats that are cooked sous vide are juicier and more tender than those cooked conventionally. This is because sous vide cooking is much gentler on the meat. Using sous vide techniques, meat also does not lose its juices in the pan.

Not only does the vacuum sealing technique trap in all the flavor of the food, it also allows for more intense marinating. When cooking food sous vide, you can include the marinades, herbs, and spices in the vacuum pouch. This way, the food can absorb those flavors while it cooks.

Also, sous vide devices are designed to allow cooks to select exactly what temperature to cook food to. This precise temperature control leads to unparalleled control over the cooking process. Imagine being able to make a perfectly hard-cooked egg without the yolk becoming green or chalky, or a chicken breast that is fully cooked and safe but not dry at all. Sous vide makes those cooking feats more attainable than ever.

However, using sous vide techniques does not mean that you have to give up the delicious sear on a steak. When the food is ready to be served, it can be pan-seared or charred quickly on the stove without risking over- or under-cooking.

What equipment is required?

Sous vide cooking can use a variety of different pieces of equipment. At its most basic, sous vide cooking requires something to create the vacuum seal for the food, a container for the water bath, and a device to regulate the water temperature. 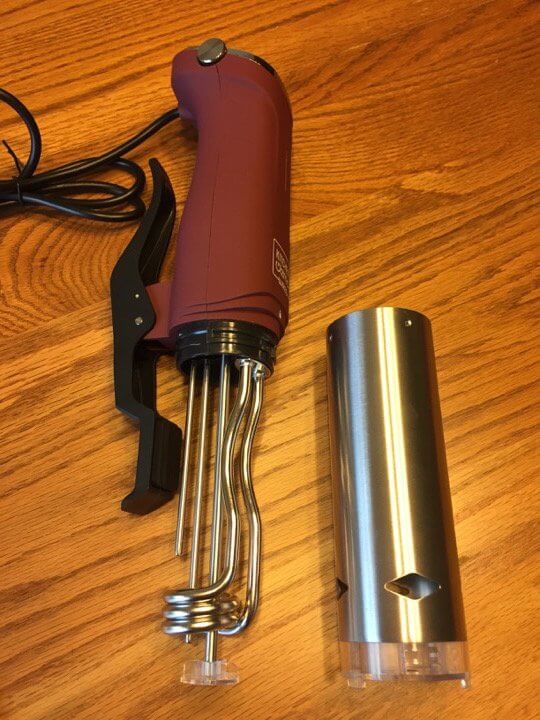 There are a variety of techniques that work well for vacuum sealing. Special vacuum sealer devices work perfectly for this. However, if you don’t have a vacuum sealer, this water displacement technique also works well.

Many commercially available sous vide appliances consist of both the water temperature regulator and a container to hold the water and food. However, sometimes these devices are too big for a home kitchen. Also, I personally don’t like dedicating counter space to an appliance that I don’t use all the time.

In those cases, home cooks who want to experiment with sous vide may be satisfied using an insulated water container like a beer cooler or a large pot, and a separate water temperature regulator. Regulators are relatively compact and often very affordable.

Now that you have an introduction to sous vide cooking, you can confidently go and begin experimenting, whether using established recipes or by discovering your own ways of doing things. Since sous vide techniques are just now arriving in home kitchens, you can expect a continual flow of new recipes in the near future.