There has always been a certain romance associated with salmon. Whether as part of a Christmas breakfast and served with scrambled eggs, or as the main course at a lavish banquet, there’s something special about salmon.

There is an old Irish story that recounts a legend of a salmon who possessed all the knowledge of the world. After 7 years of fishing, it was finally caught by the poet Finn Eces. As it was being cooked by a young boy (who would later become the high king of Ireland) the youth burned his thumb while turning the salmon. As he sucked on his finger, the boy acquired the knowledge Finn had sought.

The story is just that—a story, but the life cycle of the salmon and its desire to travel from the ocean to its birthplace to reproduce (we still don’t exactly know how or why they do it) is something that has captured people’s imaginations since we first saw them doggedly struggle up a rushing river.

Salmon and your health

Salmon is delicious, but it’s also one of the healthiest forms of protein that’s available to us. This meat is low in fat and cholesterol, and high in both omega-3 fatty acids and vitamin D. 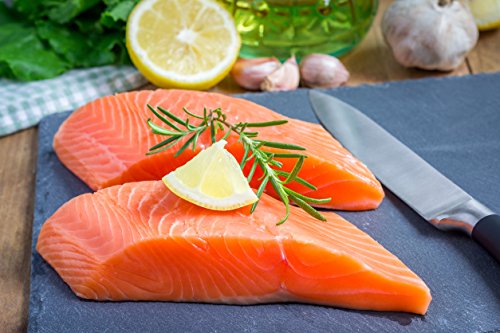 Since the advent of modern refrigeration, salmon has been eaten raw as sashimi. This is a fairly recent development in sushi culture as salmon can contain marine parasites that are best left at sea.

In order to make salmon safe, we can cook it in as many different ways as your imagination allows. It can also be cured and preserved to keep it edible for longer. Also see our post on the best vacuum sealer for fish and game for details on how to store fish in the freezer.

Smoking is probably the most popular way to preserve salmon and will undoubtedly stay that way. However, salting is equally effective and can be used in conjunction with smoking to add an entirely different flavor profile to the fish.

Salt has long been used by people to add to and bring out the best flavors in our food. It also has a strong chemical ability to retain the juices (that’s where the flavor is!) within fish or meat during the cooking process. While salting salmon before any method of cooking is important, simply rubbing it into the skin or flesh is sometimes not enough. Brine is a dilute salt solution that, given sufficient time, will permeate the muscle tissue of the fish in question. If you do it correctly, brining can give a gradient of saltiness that will emphasize the complex flavors a quality wild salmon possesses.

Time and preparation are your friends if you want to brine smoked salmon. Similar to the water bath cooking method (“sous vide”), a gentle long soak in brine is best for salmon. I like to give it around 24 hours. Patience is a virtue that is sure to reward by imparting a delicate saltiness and beautiful texture that befits this noble fish.

The salt concentration should not exceed around 0.5% of the overall solution, unless you are deliberately going for something a little more robust that will stand up to a lot of acids (such as lemon or lime juice), or if you want to spice it up a bit with a smoked salmon curry. If you do have a really nice fresh piece of wild-caught smoked salmon, it may be better to go with the “less is more” attitude and just enhance the natural flavors.

Which brine is best?

Practice makes perfect when it comes to brining. Everyone has their favorite, so experiment with it and see what you like. That said, the following is a good base from which you can start and see what works for you.

Take a liter (1/4 gallon) of water, add 50g (4½ tbsp) of salt, and 40g (/3½ tbsp) of sugar. Stir all the ingredients together. Done. It really is as simple as that. This will be enough for around a pound and a half of smoked salmon, which can be cut into individual portions and left to soak for at least 12 hours. Do yourself a favor though, and prepare the fish night before so they get the full day. You’ll thank me later. Make sure you cook all the brined smoked salmon on the same day for best results. 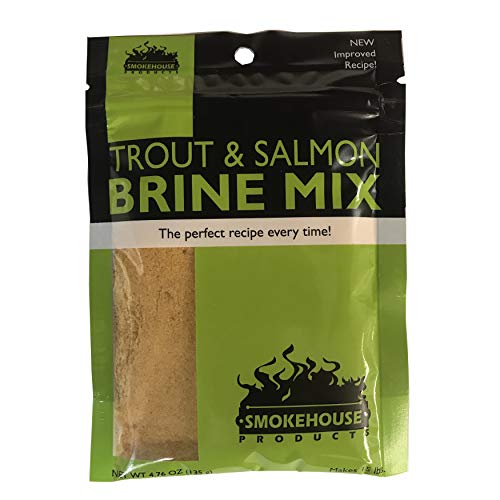 For instructions on how to smoke your fish, check out our recipe for the best smoked salmon. Remember there are no hard rules when it comes cooking. If you want to add lemon juice, paprika, pepper, olive oil, or whatever else tickles your fancy, who is going to stop you?

Enjoy experimenting and enjoy your salmon!